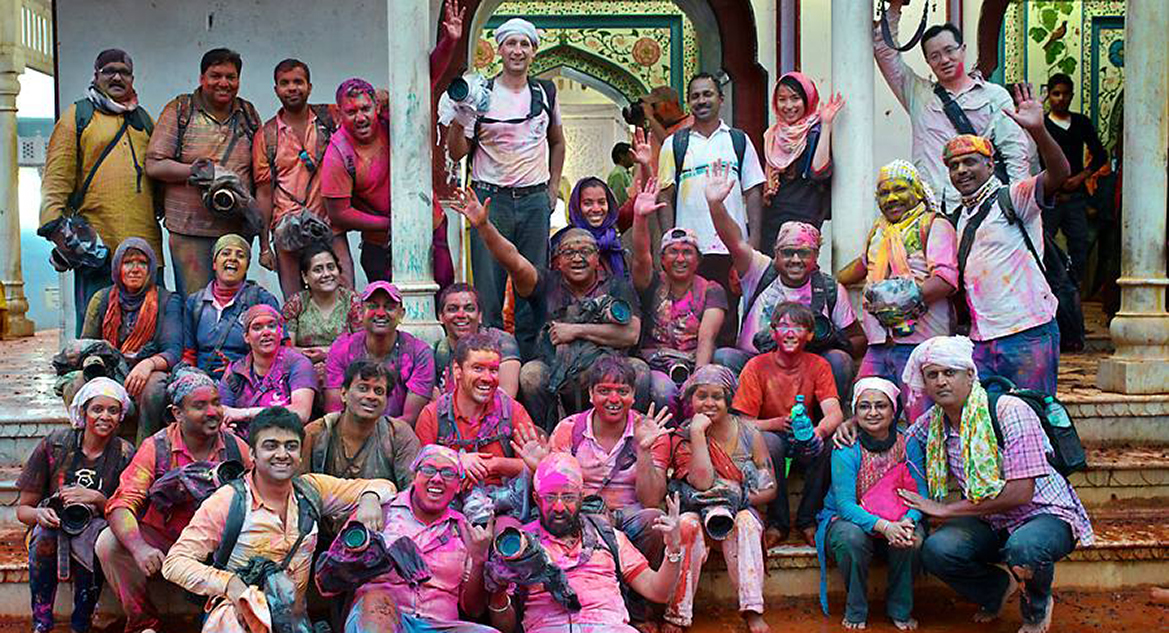 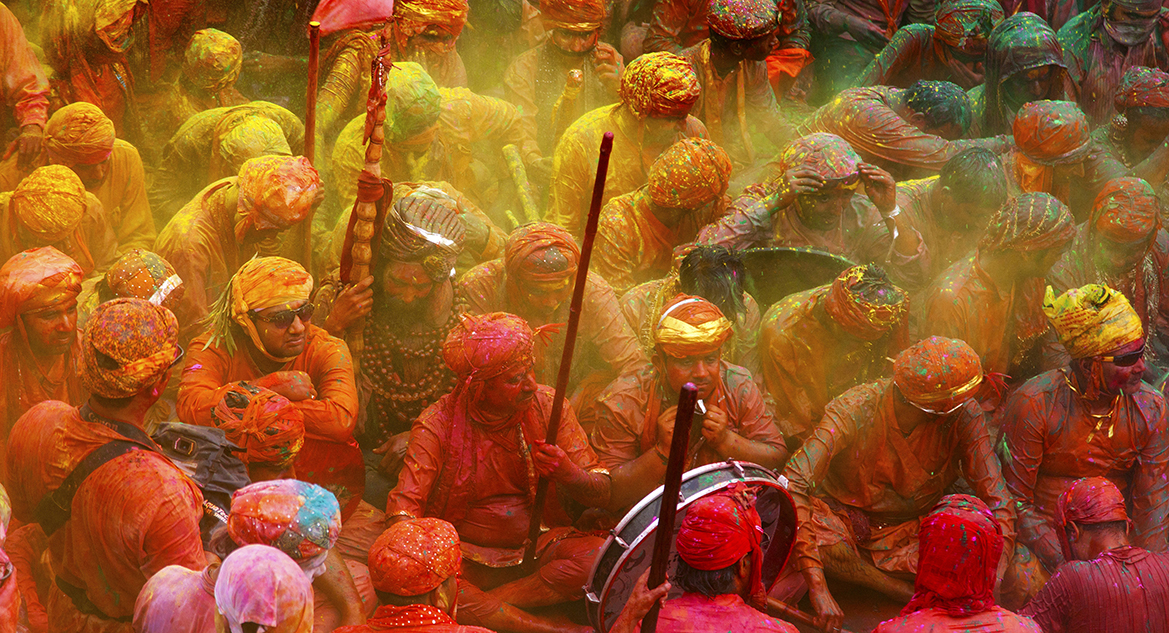 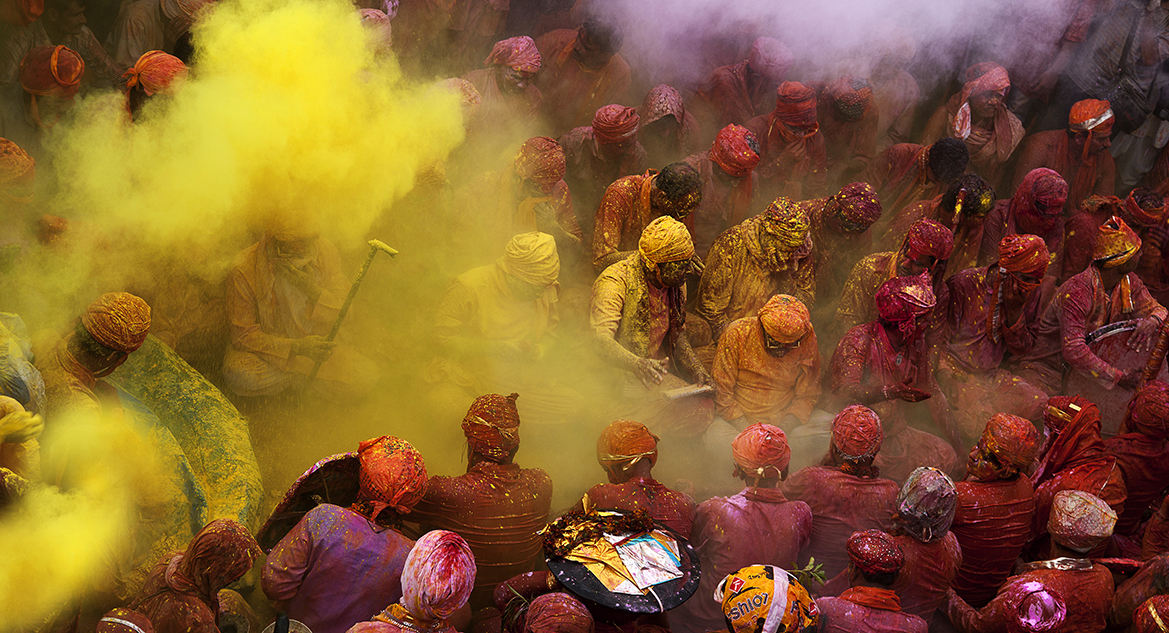 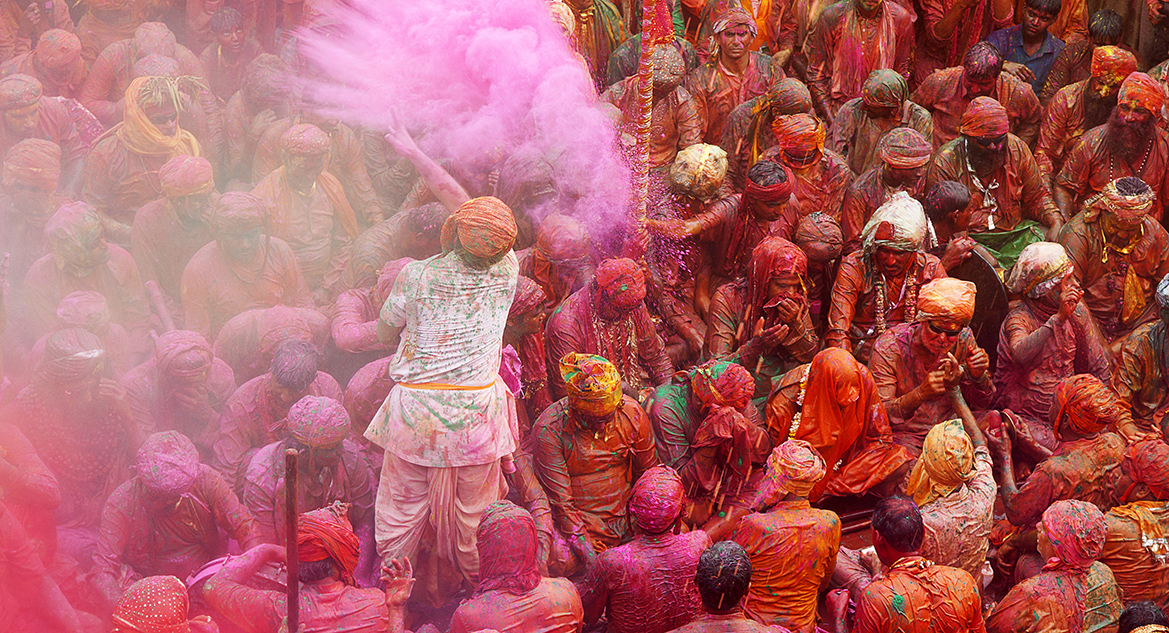 Don’t just take it from us, let our participants do the talking!

One of my friend told me few days back: ‘If you want something really bad, universe conspires to get it for you.’ Without any exaggeration
Read More…

This was my first photography tour and i enjoyed it. I had heard about the mentors a lot and there pictures of Barsana
Read More…

I just wanted to say a very big thank you to the two of your for your great dedication, organisation skills and the care that
Read More…

● Capture the colorful by lanes on Nandgaon Village

The most celebrated Holi is in the Braj region – locations connected to Lord Krishna: Barsana, Nandagaon and Vrindavan. Holi at Barsana, the birthplace of Radha, a village, 42 kms away from Vrindavan, is of particular interest. Here, men from Nandgaon, the land of Krishna come to play Holi with the girls of Barsana and hope of raising their flag over Shri Radhikaji’s temple. But, instead of colours they are greeted with sticks by the gopis. Hence, this Holi gets its name – Lathmaar Holi. Smart enough, men come fully padded as they are fully aware what kind of welcome awaits them and also the fact that they are not allowed to retaliate on that day. In this mock battle of sorts, they try their best not to be captured. The unlucky one’s however, are forcefully led away and get a good thrashing from the women. All in the spirit of Holi.

The next day, it is the turn of the men from Barsana. They reciprocate by invading Nandgaon and drench the womenfolk of Nandgaon in colours of kesudo, naturally occurring orange-red dye and palash. Today, the women of Nadagon beat the invaders from Barsana. The week long Holi celebrations also continue in the various Krishna temples on different days. The celebrations are filled with clouds of colours and of course, much fun.

Pre-tour briefing about the attractions of the trip. Safety precautions for the camera and photographer during the tour.

Departure from Delhi/Gurgaon early morning 5 am. Arrive at Vrindavan. Spend the day exploring colourful bylanes of Vrindavan. Evening session on Composition in hotel. Overnight in a hotel.

Check out and departure from Vrindavan. Morning 6 am. Arrive at Nandgaon. Spend the day exploring village, holi celebrations at the Baldeo Temple. Depart for Delhi at 6 PM.