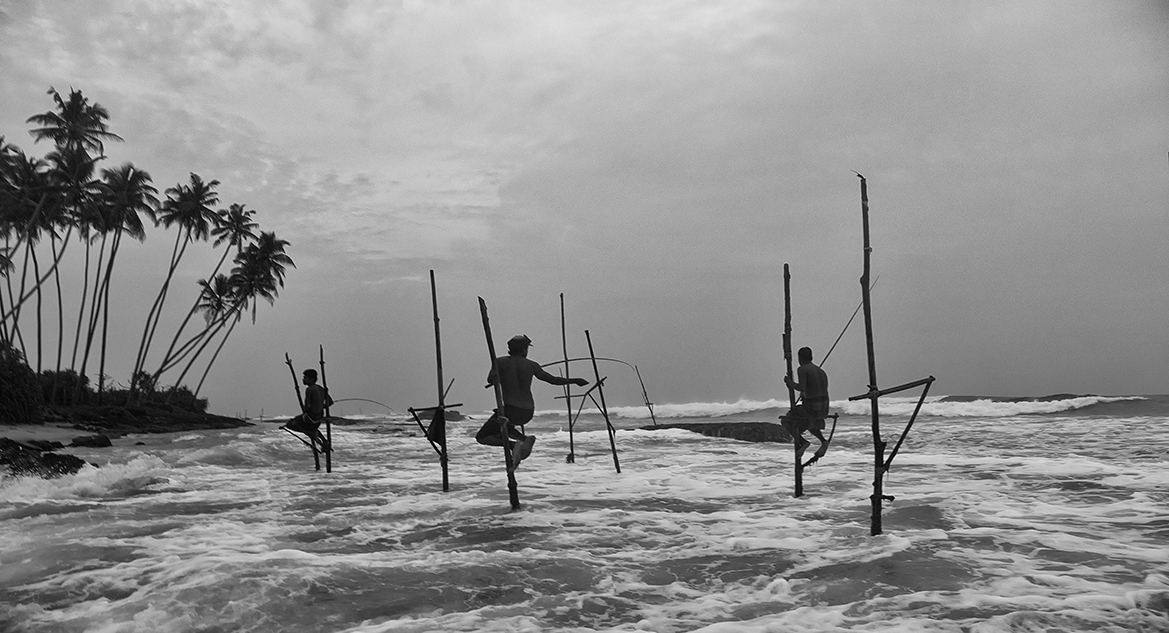 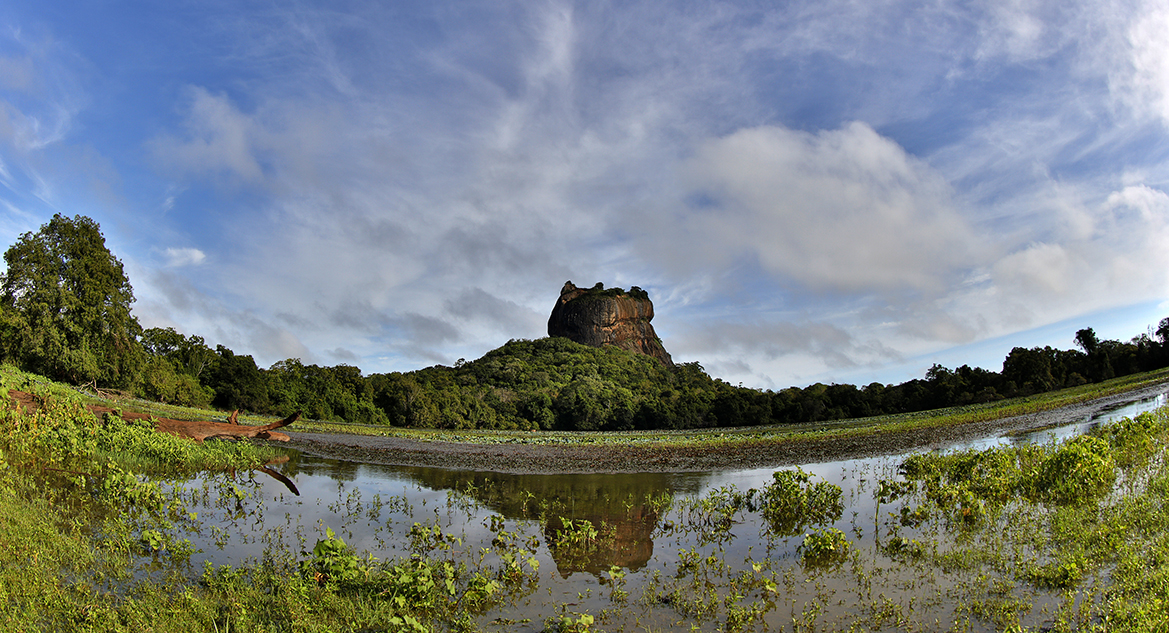 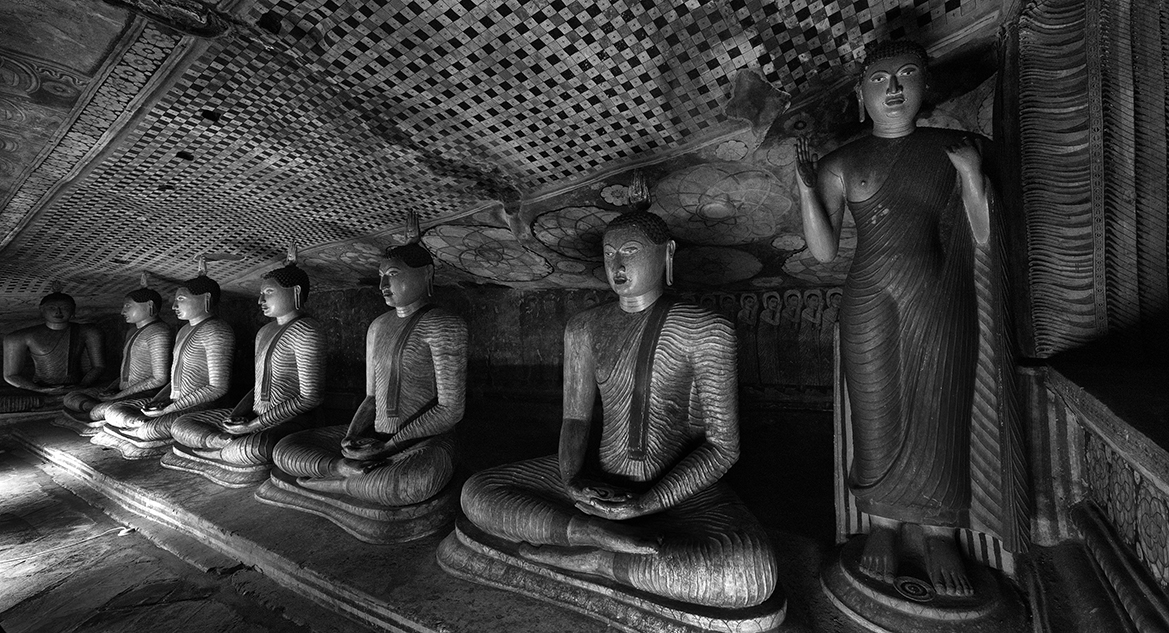 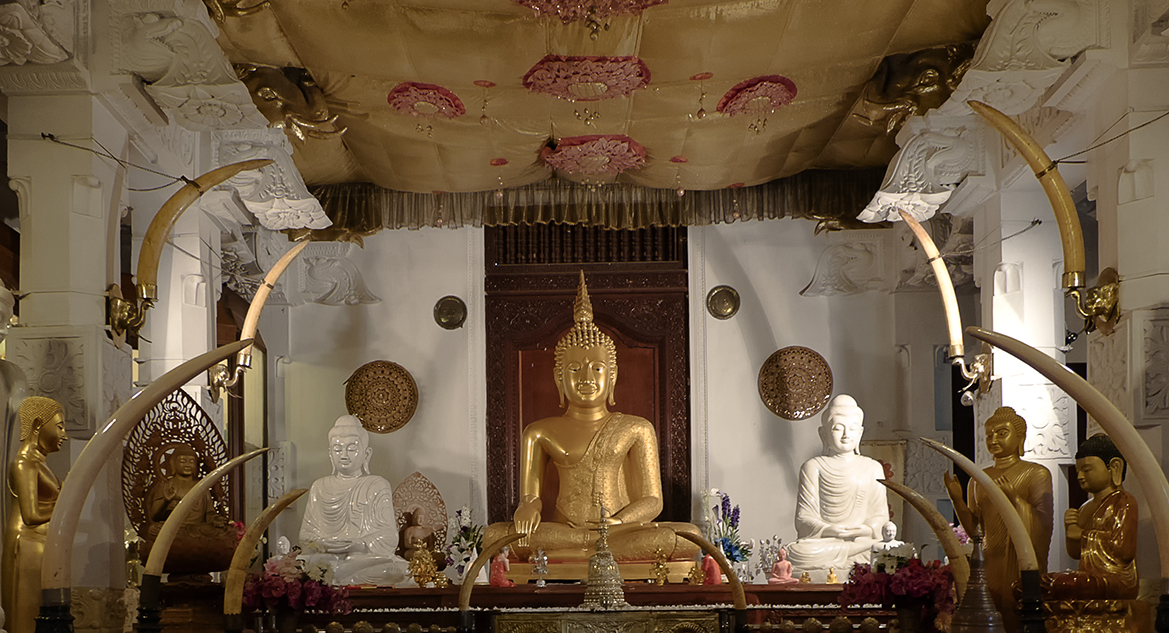 Don’t just take it from us, let our participants do the talking!

This is my fourth photography trip with XploringLight since Feb’14 which in itself is a stamp on their credentials. In fact,
Read More…

Xploring Light has always been my preference for learning photography from a long time. My first tour with Xploring Light was to St Petersburg in
Read More…

I have seen myself grow in these 10 days more than I have in the last few months- and not just as a photographer. The itinerary was exciting but the
Read More…

● Explore the historical Sri Lanka thru Sigiriya and Dambulla

● Capture the flowing landscapes of Tea Gardens in Nuwara Eliya

● Capture the dying tradition of Stilt Fishing at Weligama

SCINTILLANTING SRI LANKA – A Nation famed for its Serenity.

Popularly known as the GEM of the INDIAN OCEAN, Sri Lanka has a history expanding over 3000yrs and holds some of world’s ancient cities. The country is filled with romantic landscapes governed by rising mountains and pristine beaches. Many globe trotters have named her “The Lost Paradise”. The golden beaches of the country are praise worthy for their picture postcard views since eternity.

From top of the mountains to the depths of the ocean, the Island has it all. Despite its small size the country boasts of one of the highest rates of biological endemism in the world whether in flora or fauna and is included among the top five biodiversity hotspots in the world. Sri Lanka’s Yala National Park is “THE BEST” in the world for Leopard & Sloth Bear sighting. The Elephant Gathering is the biggest seasonally recurring congregation in the world and ranked 6th by Lonely Planet. Not only that, Sri Lanka is parallel known for its Bird Waves.

Sri Lankan Island displays a rich colonial heritage. A potpourri of races, religions and cultures, it parades the best of the both traditional and the modern worlds the country has to offer. The spice addicted, cricket crazy and tea drinking people of Sri Lanka are famed for big smiles and warm hearts.

We welcome you to enter a time when men tamed rocks, filled oceans & built cities in sky.

Our mentor will ensure they work on their weaknesses and enhance their skills. Evening sessions will be learning oriented and practical tips will be provided based on the mistakes committed by participants during the day.

We shall also have atleast one evening session dedicated to post processing workflow to help them become a complete photographer.

Each participants will be required to submit 3 of their best images from the tour. Each image will be analysed and constructive feedback will be provided along with Certificates signed by Mr Jasminder Oberoi. Best of the lot will be aggressively promoted on FaceBook and other social medias.

On arrival, transfer to hotel in Colombo. Afternoon information, briefing of the tour. Stay overnight in Colombo

After breakfast leave forSigiriya via Pinnawala. The Pinnawala Elephant Orphanage is Sri Lanka’s one of the most popular attraction. The orphanage’s population has now mushroomed to around 65, making it the world’s largest collection of captive elephants. The elephants here range in age from newborns to elderly matriarchs, and include orphaned and abandoned elephants, as well as those injured in the wild. Later in the afternoon you reach Dambulla which hosts UNESCO world heritage site – The Dambulla Cave Temple. It is the most impressive cave temple in the country. The complex of five caves with cover over 200sq meters of painted walls and ceilings. Which is the largest area of paintings found in the world. It contains over 150 images of the Buddha of which the largest is the colossal figure carved out of granite rock and spanning 14m. Later, during the evening you will be taken to Sigiriya Rock Fortress for the sunset, it is considered one of the most important urban planning sites of the first millennium, and the site plan considered very elaborate and imaginative.

You can enjoy Elephant back ride in Sigiriya. The fortress is considered the 8th Wonder of the World by the locals. Stay overnight in Sigiriya.

After breakfast in hotel, you will be again taken to Sigiriya Rock Fortress to photograph the fortress from the most picturesque location as per our mentor. The morning hue offers a different filter altogether for landscape photography. After a brief moment with history you will be taken to Minneriya National Park, one of the most exciting places one can be in and witness the mammoth gatherings of elephants (2nd best in the world) one of its kind in Asia. One can even spot Bird Waves doing a round over the heads. Phenomenal for photography. Later you will be taken to Kandy in the evening (post sun-set) and stay overnight inKandy.

A short walk to the lake will be followed up with breakfast. Freshen up and check out the Temple of tooth relic that hosts the tooth of Buddha, very religious & acclaimed temple of Sri Lanka. Good for Photography, Leave for the Perradeniya Botanical Garden and if you are lucky enough, you can spot cool reptiles basking under the sun along with amazing landscapes. After quick lunch, one can visit the Gem Lapidary (optional) and shop local gems. In the evening witness the enchanting cultural dance show, which will leave you speechless. Overnight in Kandy.

Leave for Bandarawelavia Nuwara Eliya, visit a tea factory and learn more about your secret taste buds. Gift yourself/family some amazing tea gifts. Meanwhile photograph the tea pluckers at their work in the tea estates. Also, get a chance to shoot the amazing locomotive train which our mentor will expedite with the technicalities at the Nanu Oya train station provided it runs which is completely on luck basis. Capture the beautiful landscapes that the tea gardens has to offer along with the tea pluckers. Historical place for both Sri Lanka & India, the Ashok Vatika is the place where Sita Mata was kept captive and the place where Lord Hanuman landed for the first time in Sri Lanka. Overnight in Bandarawela.

One of the best days for adventure enthusiasts. Trek to one of the central highlands of Sri Lanka – The HORTON PLAINS NATIONAL PARK, it is rich in biodiversity and many species found here are endemic to the region. The sheer precipice of World’s End and Baker’s Falls are among the tourist attractions of the park. Overnight inBandarawela.

After breakfast the journey to one of the most celebrated national park of the country starts. On the way to Tissamaharama a short trek to Adams peak for photo enthusiast is a must along with the 9 arch train route (optional) & Rawanna falls which can also be covered on your way to a beautiful sunset at Tissamaharama. Overnight in Tissa.

Early morning the teams sets off toYala National Park with packed breakfasts, it is the most visited and second largest national park in Sri Lanka. The park consists of five blocks, two of which are now open to the public, and also adjoining parks. The blocks have individual names such as, Ruhuna National Park and Kumana National Park or ‘Yala East’ for the adjoining area. It is situated in the southeast region of the country. The park covers 979 square kilometres. The park is best known for its variety of wild animals. It is important for the conservation of Sri Lankan elephants, Sri Lankan leopards and aquatic birds. Post the early morning safari at Yala National Park, leave for Galle via Hambantota, Tangalle, Weligama & Matara/Mirissa. Weligama is best known for the stilt fishermen, a culture thats vanishing and is every photographers dream to click when they are mounted on the stilts. Spend the evening in Galle, the city has an amazing colonial touch to it. Overnight in Galle.

Set early alarm clocks as you would love to see the early fishing session at the Galle shores. Post the fishing session you can come have your breakfast or get it packed and set for the shores yet again, If lucky you can even find stilt fishemen with good catches. Mirissa is the closest point to where blue whales are inhabited because it has appropriate environmental conditions to live these giants. Normally With in Season time Our participants witnessed five types of whales (blue whale, bryde’s whale, sperm whale, killer whale & pilot whale) & four kind of dolphins (spinner dolphin, bottle nose dolphin, stripped dolphin, Risso’s dolphin) in Mirissa. A beautiful colonial touch makes this city an elegant for photography. One can go on an optional Hikkaduwa glass bottom boat ride. Boating in River Madhu to capture birds & Village Life can also be experienced. Overnight in Galle.

After breakfast in the hotel, set out for Colombo which is a 4 hour drive from Galle via Hikkaduwa. On the way visit Turtle hatcheries in Kosgoda, know how they are maintained and the science behind the conservations, Reach Colombo, Shopping a must. DO NOT MISS IT!

After breakfast in the hotel, the team will be taken for sightseeing in and around Colombo and will be dropped off at the airport for the outbound flight to Home.